ZIKALALA: DAMAGE TO PRASA INFRASTRUCTURE DUE TO FLOODS ESTIMATED AT R940M 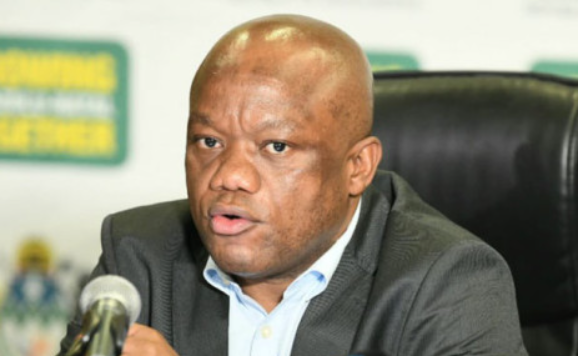 He said this is a demonstration of the ferocious nature of the floods that affected the province almost two weeks ago.

JOHANNESBURG – KwaZulu-Natal Premier Sihle Zikalala said the damage to Prasa-related infrastructure is estimated to be more than R940 million.

He said this is a demonstration of the ferocious nature of the floods that affected the province almost two weeks ago.

Zikalala was providing an update on the KZN government’s response to the impact of the disaster on Sunday afternoon.

He said the province needs more than R1.9 billion to complete recovery required in affected parts of province.

Zikalala said the flood death toll remains at 435 and 54 people are still missing.

He has also indicated that more than 6,200 people have been left homeless.

Zikalala said the building of new temporary homes has started and the focus is to accommodate the over four thousand affected families.

He said by the end of this week, the displaced families will be placed in their temporary homes.

Authorities in flood-hit KwaZulu-Natal have sounded the alarm over water shortages and contaminated excess floodwater.

There are fears that bacteria, sewage and other industrial waste have seeped into water sources.

The province is scrambling to restore water supplies as the province rolls up its sleeves to rebuild after torrential rains triggered deadly floods and mudslides.

On Saturday, the eThekwini Municipally began rationing water to several areas to ensure what’s left of the dwindling supply doesn’t run out.

However, the water and sanitation department says together with the mayors of iLembe, Ugu and eThekwini say clean water is now the province’s biggest problem.

Grief-stricken KZN residents who are still searching for family members swept away by the recent floods are now facing a possible water safety and supply crisis.

The deadly floods washed away a significant chunk of several municipality’s water systems while the remaining infrastructure is on the brink of collapse.

This includes the province’s wastewater treatment plants and sanitation systems, which has begun spilling sewage, debris and waste into several water sources.

Water and Sanitation Minister Senzo Mchunu said: “We are very concerned about the damage to sanitation and infrastructure in all these municipalities that we have counted and we are aware of the result in spillage and the pollution of our rivers and sea.”

Without access to clean drinking and cooking water, residents are relying on aid organisations but some areas are still inaccessible.